The Biggest Obstacle to Doing What You Were Born to Do 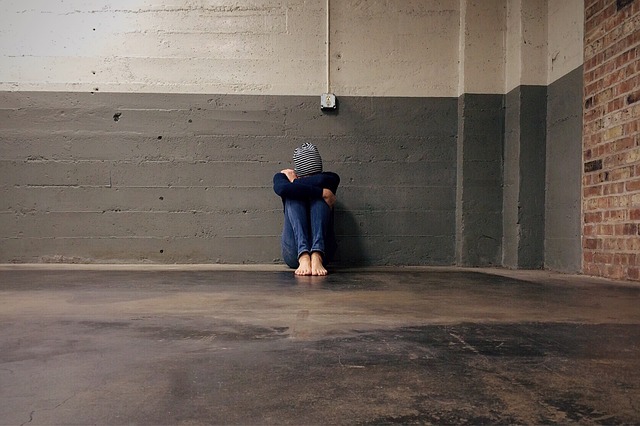 I’ve come to believe that resistance is the biggest obstacle to doing what you were born to do. Resistance is the fear of moving forward with something that your heart is calling you to do.

Resistance looks like procrastination, lack of focus, lack of concentration, forgetting your goal, not being able to make a decision or creating constantly and never showing anyone your creations.

You try to solve the procrastination, lack of focus or whatever else appears to be in your way, but all that is just an illusion.

What is really going on is resistance. The oldest most instinctual part of your brain tries to “protect” you from danger and it is stopping you from moving towards your heart’s desire in any way it can.

Resistance feels like a heavy weight, molasses, inertia, the inability to move forward – and with it comes toxic thinking that leads directly to the biggest fear of mankind (narcissists and sociopaths excluded) “I’m not good enough.”

If you are a solo-entrepreneur who is pursuing your heart’s desire and building an on-line presence resistance is HUGE. Your heart is calling you to do this thing that isn’t totally clear yet and you are having trouble getting going or completing your project.

Your big challenge is to recognize that inertia is resistance, and not an inner message that you are on the wrong path.

This is an example of how resistance looks, sounds and feels for many solo entrepreneurs (including moi) creating something new. Even if you aren’t a solo-entrepreneur you’ve probably experienced the same feelings if you’ve ever been deeply called to create something or change something in your life.

Note: these activities might all be fun diversions but you’ll know if they are avoidance by how you feel afterwards – drained and somewhat strung out rather than relaxed and refreshed.

By now the energy to create your new thing has scattered. You tell yourself you’ll make your project even better and get ready to launch it at a later date. You feel calm and relieved. You take a big sigh.

But you are lying to yourself.

You’ve shelved this project and it will end up going nowhere along with a long list of defunct never realized dreams.

You look back at your ideas notebook. You see the program that you didn’t launch and wanted to improve. You haven’t worked on it at all. It looks pretty damn good. You wonder why you didn’t go anywhere with it.

Figuring out what you were born to do is child’s play (literally) compared to actually doing it.

That’s because doing what you were born to do, means you have to be who you were born to be. You stop pretending to be what you’re not. You start being the true, authentic, unflinchingly honest, YOU.

When people who I haven’t seen for a long time see my website they say things like “You are really deep Bev.” They look at me quizzically. “You sound kinda spiritual.”

Sharing that part of me in a way that feels authentic is a big part of my own journey. It's a part of me that I've kept to myself.   Now I don’t.

That is so freeing. Not because fear ends – it doesn’t, but because I get to be who I really am and that is so much easier that trying to be someone else.

For me, the opposite of resistance is two things: freedom and ease.

Those feelings are delicious.

For many of my clients, resistance is trying to protect them from the danger of “not fitting in”. Your resistance shows up to protect you from what you think that other people think about you. Get your head around that one.

Resistance is protecting you from the feelings you will feel if other people don’t like you.

Those feelings can’t kill you. In fact if you actually feel the feelings for the 90 seconds it’s reported to take for any feeling to pass through your body, the feeling goes away.

Resistance however, allows you to spend hours, days, months or years avoiding bad feelings by feeling anxious instead (which feels worse by the way), or shoving the feelings down further by over eating, over shopping, over drinking, over reading, over anything.

What would you rather do? Spend 90 seconds every hour feeling your painful feelings and getting on with your life’s work, or years trying to avoid those feelings?

And if you are creating your life’s work, you can't avoid those feelings.

Everybody who is following their true calling experiences resistance.

Even those people who create amazing and original works continuously and constantly experience resistance. They have just learned to bypass their fears and do it anyway.

They have learned to follow their inner desires rather than their fears.

They have learned that resistance and fear go hand in hand with creation and so they are willing to go through it, rather than fight it.

Getting past resistance IS the hero’s journey.

The hero’s journey means shifting your sense of self – your identity, so that you are no longer pretending to be the tiny personality that we are all taught to be, but to recognize that you are so, so, much bigger and better, that you are a brilliant, shining, light.

Jill Bolte Taylor says this best in her book, A Stroke of Insight. She describes what it felt like when she had a stroke which destroyed the left hemisphere of her brain and her perception of herself was no longer limited to her body’s physical boundaries. She says:

“The energy of my spirit seemed to flow like a great whale gliding through a sea of silent euphoria. Finer than the finest of pleasures we can experience as physical beings, this absence of physical boundary was one of glorious bliss. As my consciousness dwelled in a flow of sweet tranquility, it was obvious to me that I would never be able to squeeze the enormousness of my spirit back inside this tiny cellular matrix.”

We are all that big. Including you. Are you going to let resistance stop you?

So what do you do? How do you get through resistance?

The first step is recognizing your resistance.

Recognize that it exists. Notice how your resistance shows up.

You can’t fix anything that you don’t acknowledge exists.

My resistance shows up by not being able to make a decision or by constantly changing my direction or focus. When that happens I need to ask: “What are you resisting?”

How does your resistance show up?

Do you want some more help to deal with fear and resistance?  Download my new free Fearbusting Kit For Life Coaches.